If your oil-fired boiler is shutting off soon after it starts up, you may have a failing cad cell. A cad cell consists of light-sensitive electrodes on a disc of cadmium sulfide that's encased in metal and glass. The electrodes on the cadmium sulfide disc sense the light of an open flame inside the combustion chamber, allowing your boiler to know if the flame has been successfully ignited or not. A cad cell may stop working if the glass lens becomes blocked with soot or if the electrical components inside fail, and you'll need to clean it or replace it in order for your boiler to operate again.

To learn more about cad cells, read on.

What Does the Cad Cell in an Oil-Fired Boiler Do?

When your boiler first starts up, it will pump a small amount of oil into the combustion chamber and attempt to ignite the flame. Once the primary control relay has attempted to ignite the flame, a timer on starts and waits for the cad cell to open its circuit.

How Do You Know if the Cad Cell Has Failed?

The easiest way to know if your cad cell has failed is to see what happens when your boiler starts up. If the flame comes on and then your boiler immediately shuts off after a few seconds, the cad cell is likely not able to sense the flame. The glass lens on the cad cell may be coated in soot, which will block its view of the flame. A cad cell can also fail if the electrical components inside overheat.

What Should You Do if You Think the Cad Cell in Your Boiler Is Not Working?

If you think that your boiler's cad cell isn't working, call a boiler repair service and have it replaced. It's not safe to attempt to fix a cad cell on your own since you'll need to continually reset your boiler from the primary control relay after the cad cell has caused it to shut off. Every time you reset the boiler in order to see if you've fixed the cad cell by cleaning it, more oil will be drawn into the combustion chamber.

Flooding your boiler's combustion chamber with oil is a safety hazard. Contact a boiler repair professional to make sure everything is working correctly. 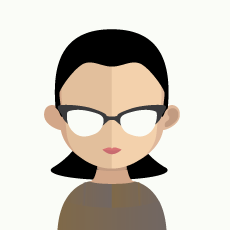